Charley Vandenberg, the 69th Professional in the country to receive Master Professional status, has been the Director of Instruction at the Thousand Oaks Golf Academy since April 2007. His passion for teaching the game over the past 40+ years has elevated him to the top of his craft. He has been named the Michigan PGA Teacher of the Year five times (achieving a state record he has now retired from the competition), Top Six Finalist for the National PGA Teacher of the Year twice, and a Top Ten Best Instructor in the state of Michigan thirteen of the last fourteen years by Golf Digest. His quest for knowledge has taken him across the United States to observe the best instructors in the world in order to provide his students the finest instruction possible. His impact at the local and national level has been tremendous, and his accomplishments are many.

Over the years, Vandenberg has held multiple teaching titles including leadership positions on both the Michigan Section Teaching and Education Committees. Vandenberg’s teaching methods have been featured in PGA Magazine, USA Today, Michigan Links Magazine, The Grand Rapid Press, and more. Holding annual golf schools, Charley has attracted and taught alongside some of the biggest names in golf instruction including Mike Bender, 2009 PGA Teacher of the Year, Golf Digest’s Top 5 Instructor and coach of 2007 Masters winner Zach Johnson, and putting guru Mike Shannon, one of Golf Digest’s Top 50 and Golf Magazine’s Top 100 Instructors and putting instructor to 28 PGA Tour players.

Vandenberg is named the 2014 Michigan PGA Teacher of the Year.

His 5th time winning this award!

Players trust Vandenberg, not only because of his proven methods, but because of his genuine desire to help others both on and off the course. In 1997, he conceptualized the Golf Marathon of Hope, a 24-hour individual golf endeavor where he played 400+ holes to raise monies for the Mel Trotter Ministries homeless shelter. Through hard work and dedication, his goal of raising $500,000 was accomplished after ten years of playing the event.

Charley Vandenberg is not only known for being an elite instructor but also an innovator. He has aspired to integrate the latest in technology and training aids thereby allowing players to become their best at the fastest rate. Current technologies in use include the V1 Video Analysis System, the TRACKMAN Launch Monitor, the TOMI Putting Analyzer, computerized Heart Rate Variability Training for peak performance, the MEGSA Perfect Practice Equipment (used by multiple PGA and LPGA Tour winners including Zach Johnson, Jonathon Byrd, Seon Hwa Lee and Morgan Pressel), and the BODITRAK Pressure Mat.

In 2010, Charley was named one of six instructors in the world accredited to teach the Laser Optics Putting System developed by putting expert, Mike Shannon (28 tour player students). Utilized extensively on all of the major tours and amateur competitions worldwide, this truly cutting edge information and technology has proven to dramatically benefit golfers of all abilities.

Over the past thirty-three years Charley has held and taught thirty-six on-site multiple day schools with the finest instructors in the world, including Dr.Gary Wiren, Gary Smith (Leadbetter Academy), Paul Geisler (HealthSouth), Mike Shannon (Sea Island) and Mike Bender (Mike Bender Golf Academy). Schools have ranged from specialized areas such as fitness (Geisler), putting (Shannon), and short game (Bender), to total game improvement (Wiren, Smith, Bender). Treasured associations with Mike Shannon (putting schools since 2005) and close friend and 2009 National PGA Teacher of the Year, Mike Bender (annual schools since 1994), have molded and motivated Charley to provide the finest instruction, based on the best information available, tempered with a sense of care and compassion witnessed while beside the best instructors of the game.

Vandenberg has taught all facets of the game to players of all skill levels. Competitively, in the last nine high school campaigns for girls and boys, seventy students received All State recognition. Eleven of these students were named to Michigan’s Super Team, annually comprised of the top eight male and female players in the state, and seven individual State Championships were claimed. Four of these students captained their #1 ranked teams in Michigan to state titles. In summer play, students are excelling and capturing titles on all tours, including the Meijer, Adams and AJGA.

Students have captured nearly every major title in Michigan (many events multiple times) as well as titles in other states, including:

Special note: Grand Rapids is the second largest city in Michigan, and six of Vandenberg’s female amateur students took turns capturing the City Championship over a period of ten years, placing first through fifth positions in both 2008 and 2009, first, third and fourth in 2011, and first and second in 2012, 2013 and 2014. Additionally, his students were crowned both Champion in the Women’s City Senior Championship in four of five years and Runner-up in two of five. In 2010, a 24-year student was awarded the Senior Women’s Player of the Decade by the Golf Association of Michigan.

Welcome to Vandenberg Instruction located at the Thousand Oaks Golf Academy in Grand Rapids, Michigan. Established in 2007, the Academy is a state of the art facility that prides itself in being on the cutting edge of golf technology, allowing students to better their games in the quickest time possible. With training and diagnostic tools such as Boditrak, Trackman, MEGSA Perfect Practice Equipment, and the V1 Sports Analysis System, each student’s specifics are further understood leading to elevated progress.

In order to play the golf of your dreams, one must learn from the best. Charley Vandenberg, lead/senior instructor at the Academy, is one of the elite golf instructors in the country. His passion for teaching and enthusiasm for helping others improve every aspect of their game has resulted in nominations for the Michigan PGA Teacher of the Year award on 15 different occasions, capturing the title in 1998, 2003, 2007, 2010 and 2014 (an unprecedented 5-time winner in the state of Michigan, he has now retired from consideration). Charley was also a Top 6 Finalist for the 2010 National PGA Teacher of the Year honor and Top 4 Finalist in 2012. Click here to see all of Charley’s latest student results.

Charley’s knowledge allows him to teach in a simple, yet effective manner that is accessible to all ages and abilities. Please contact Charley to start on the path to a better game. 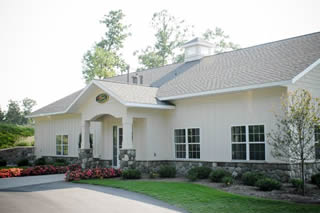